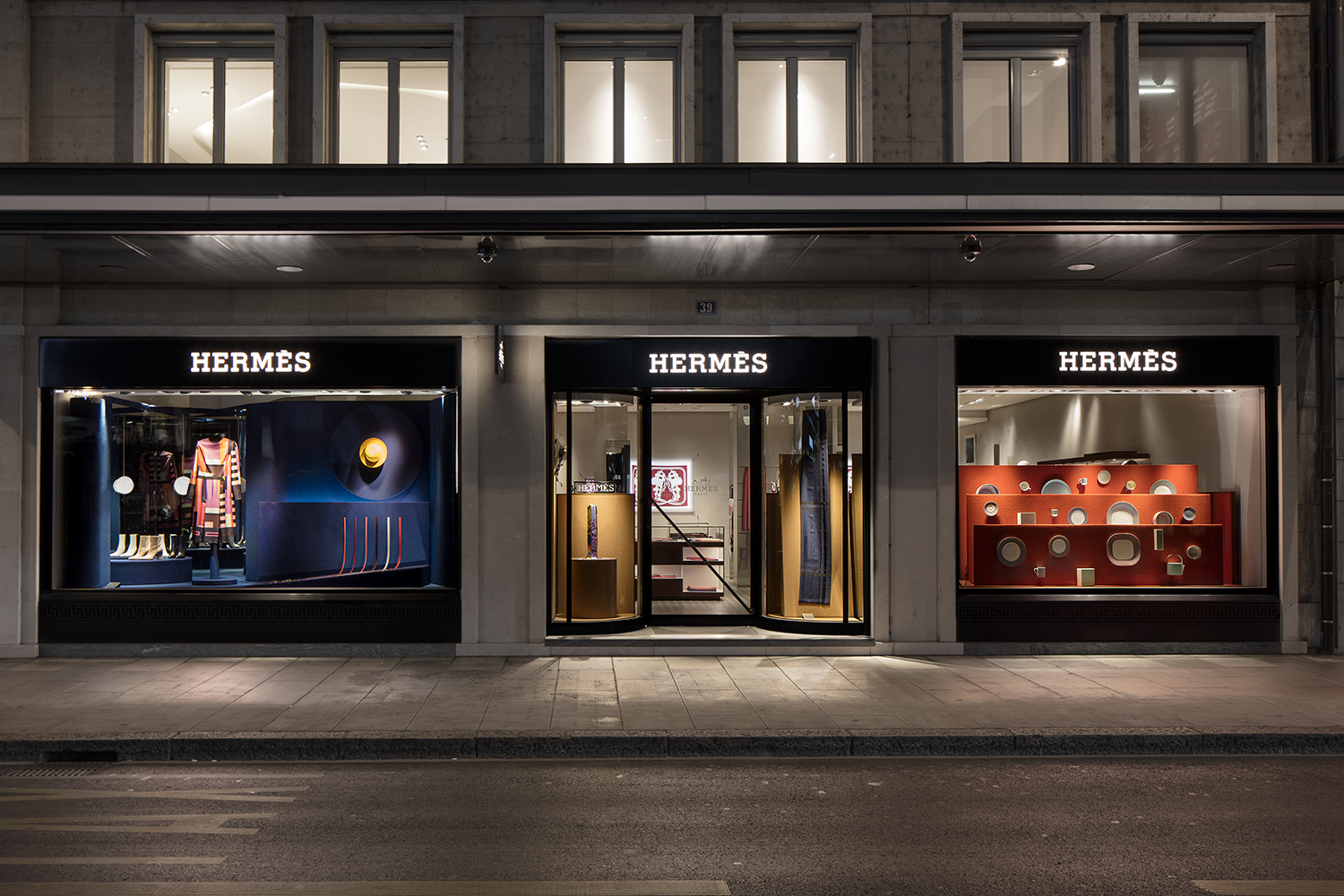 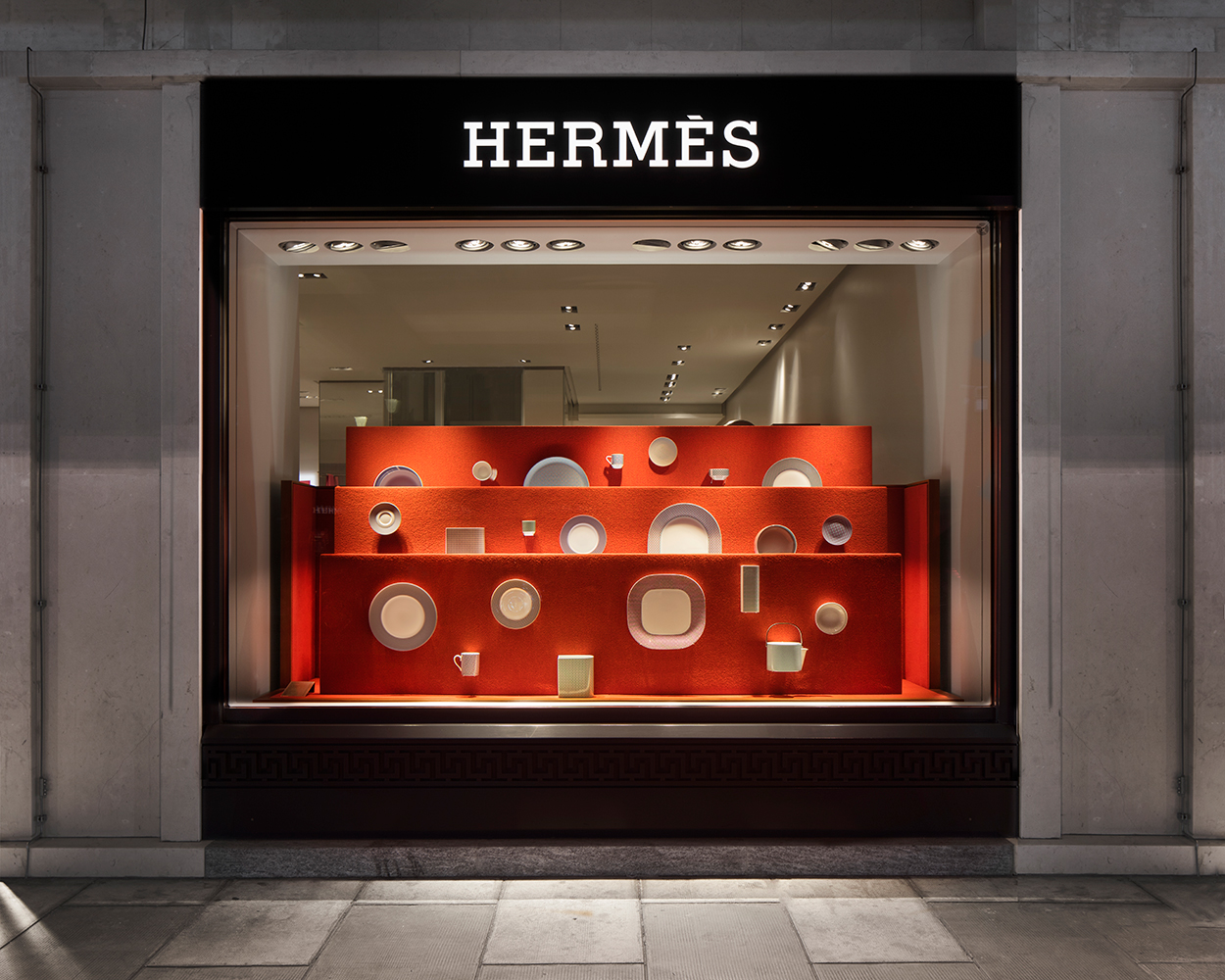 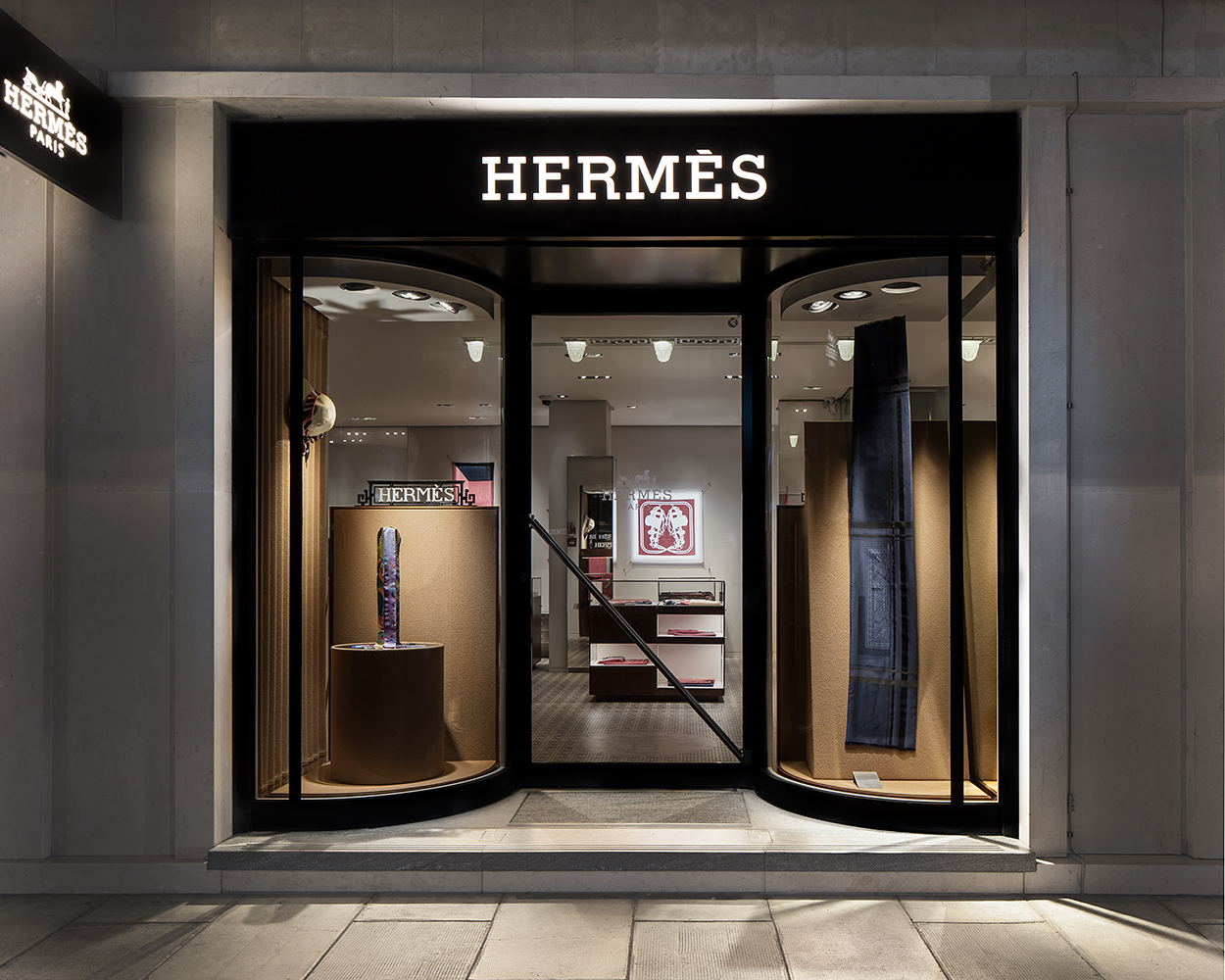 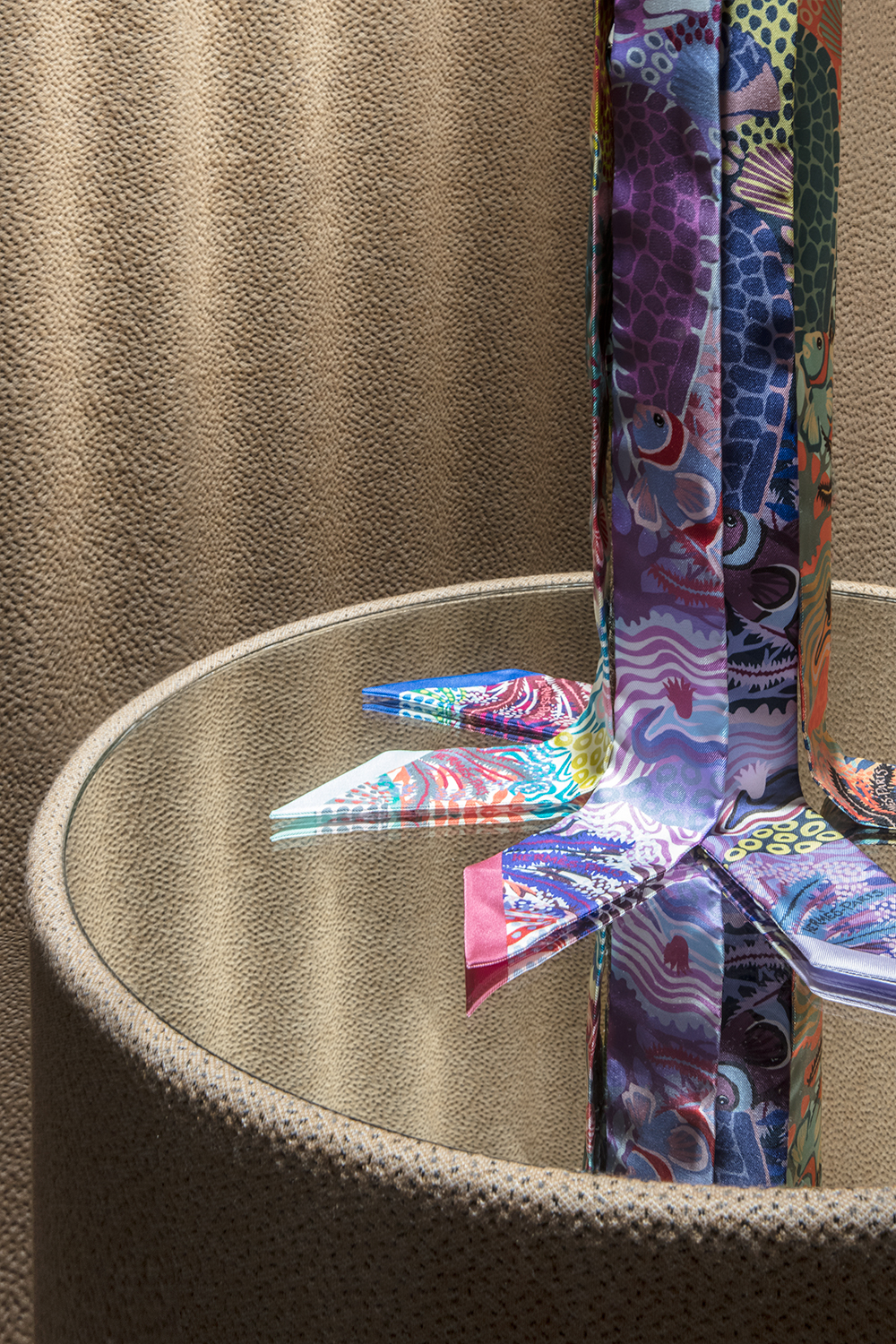 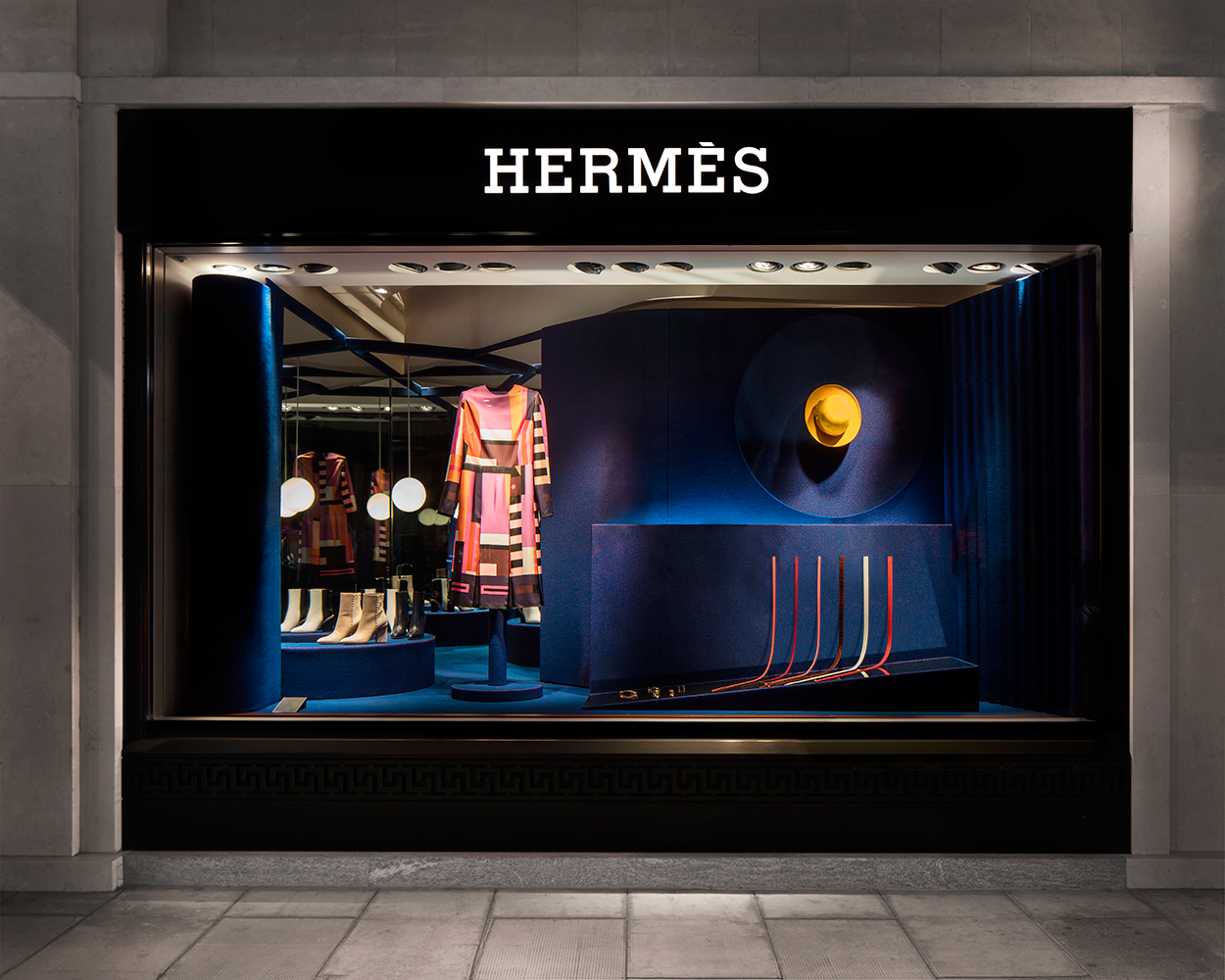 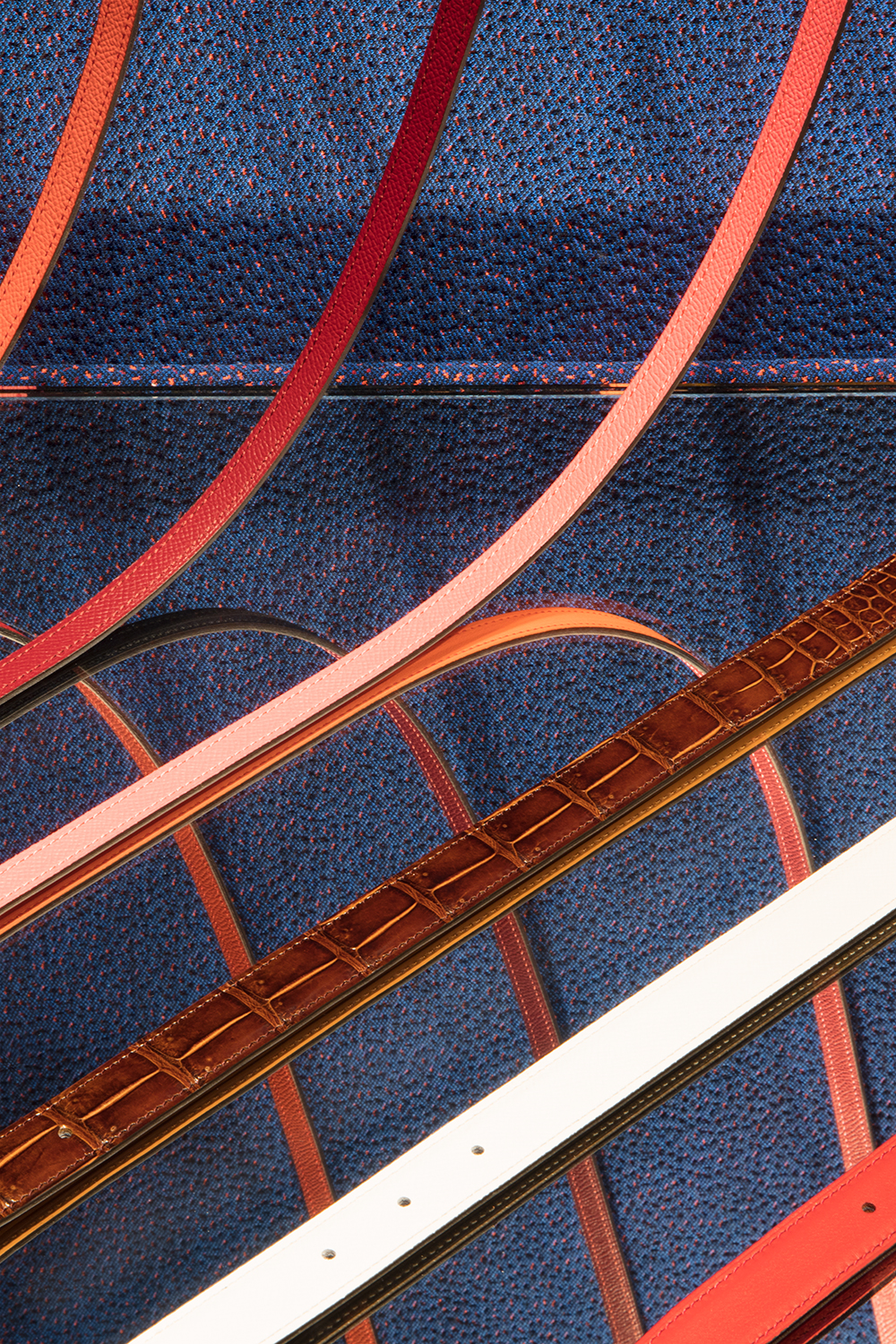 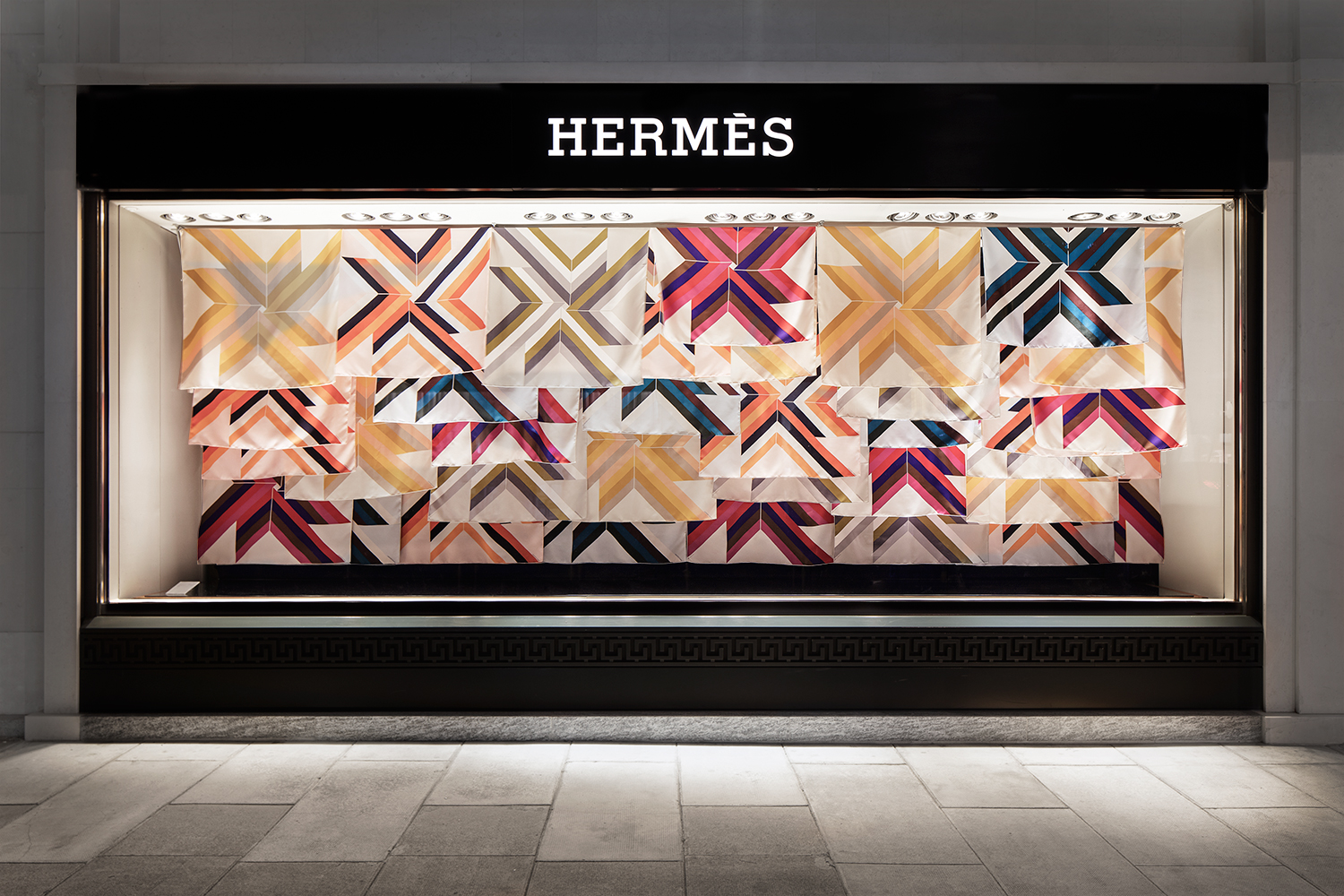 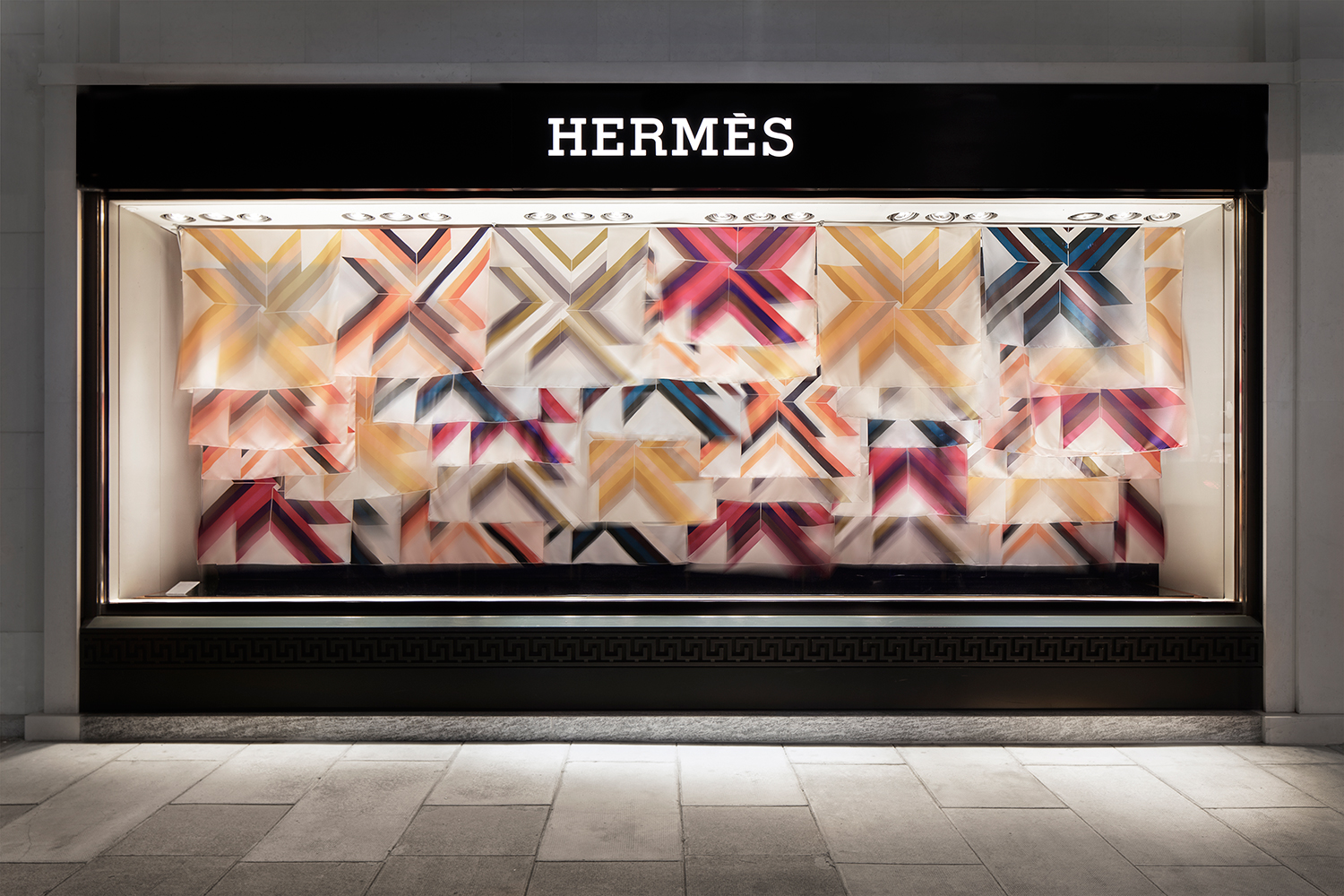 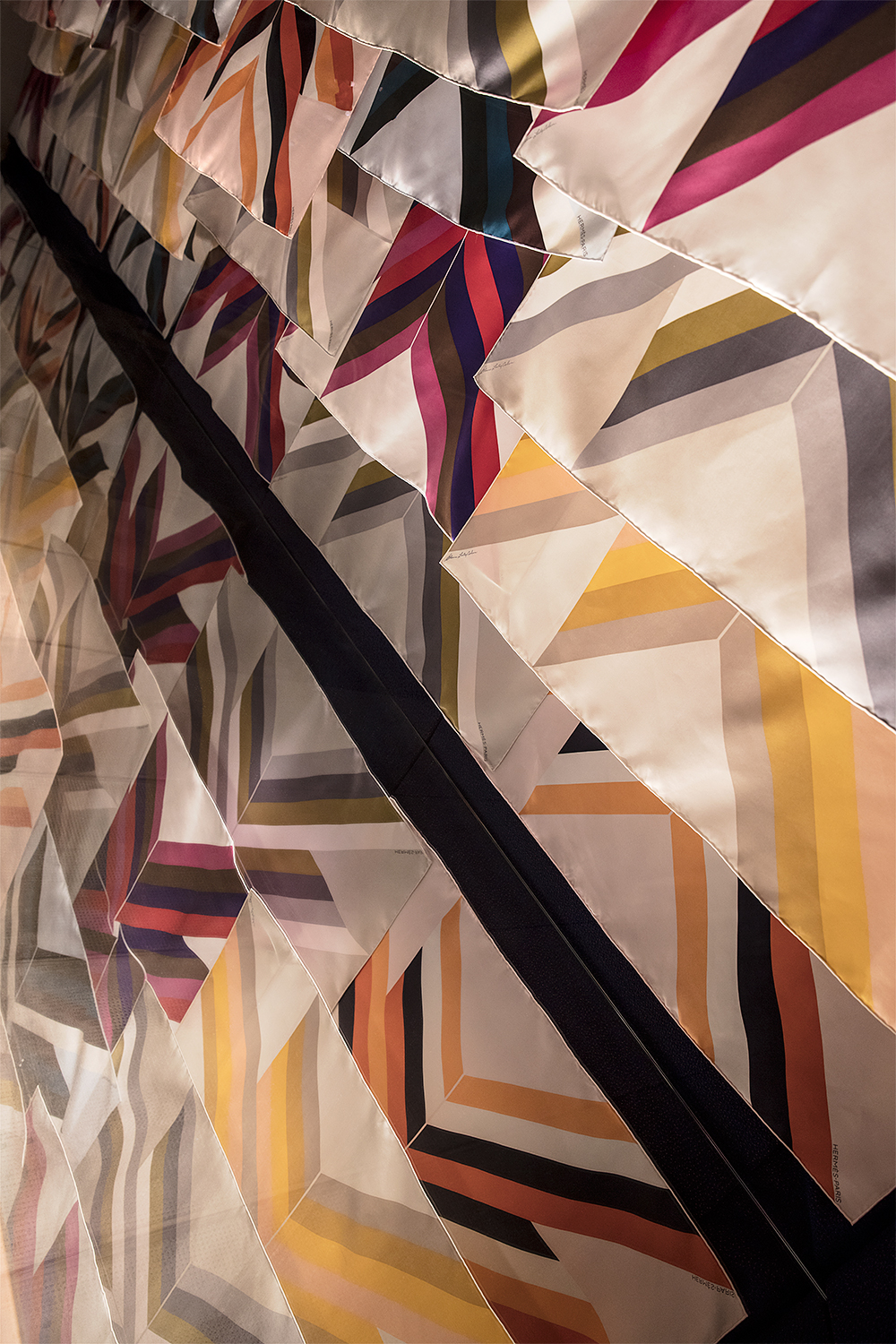 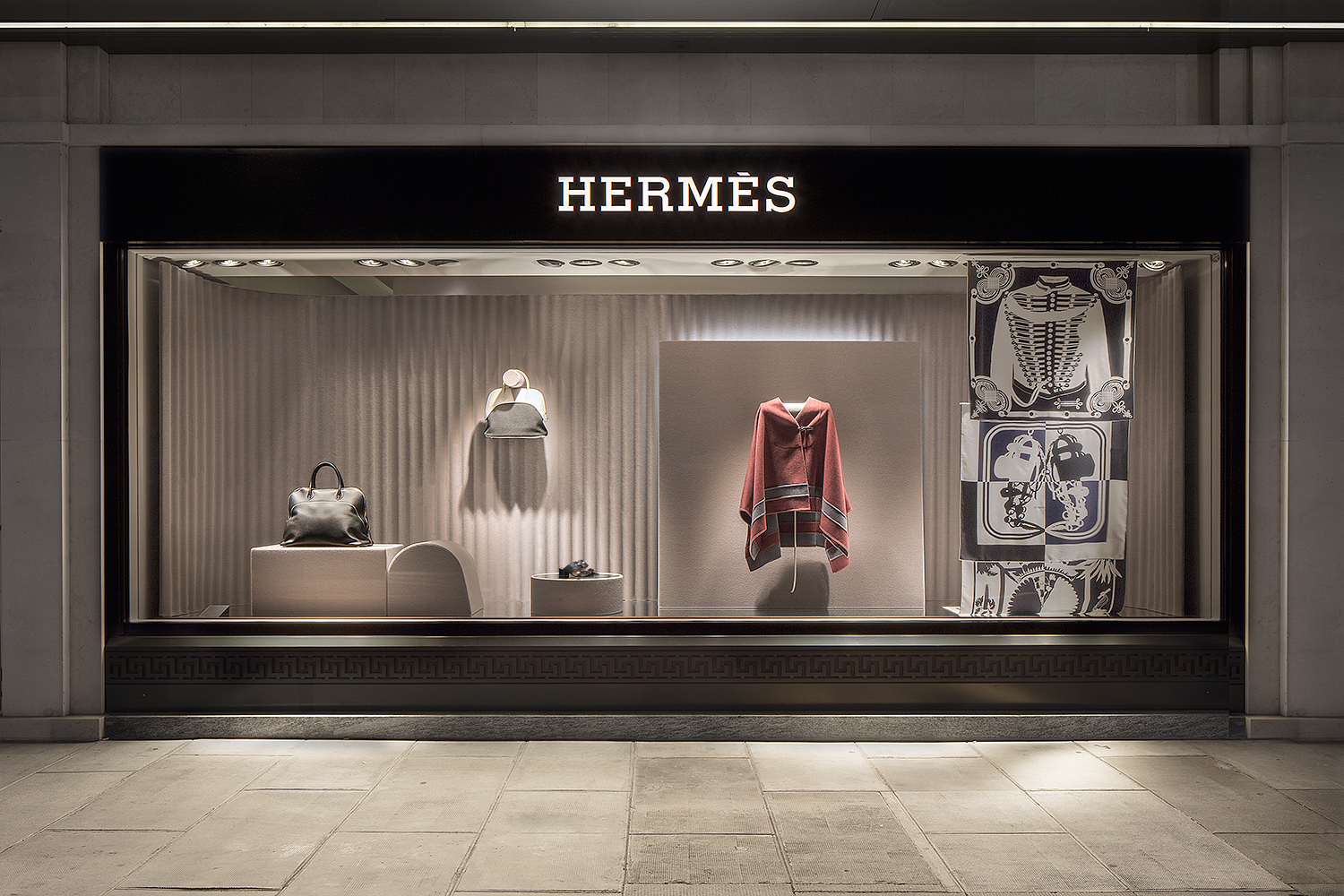 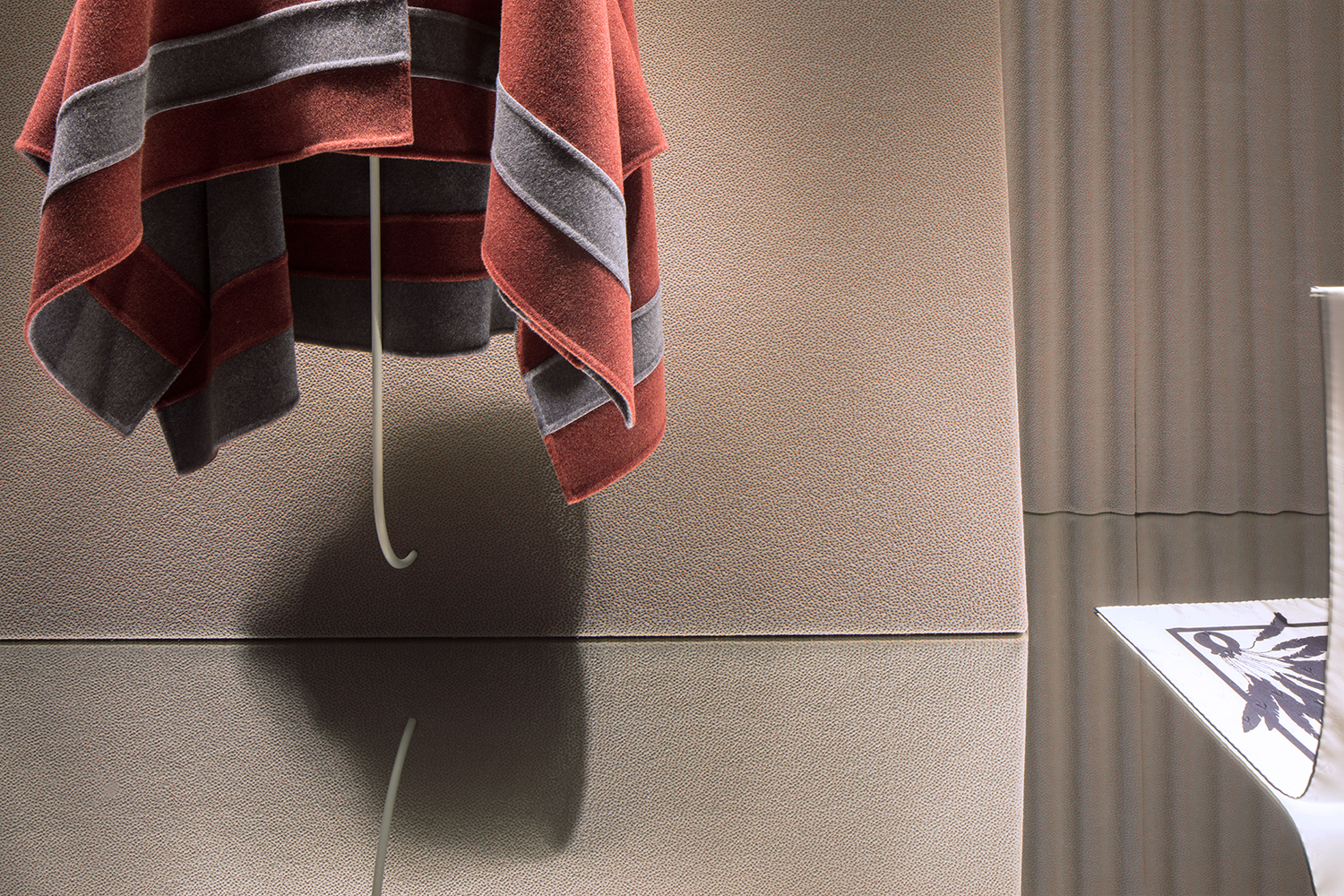 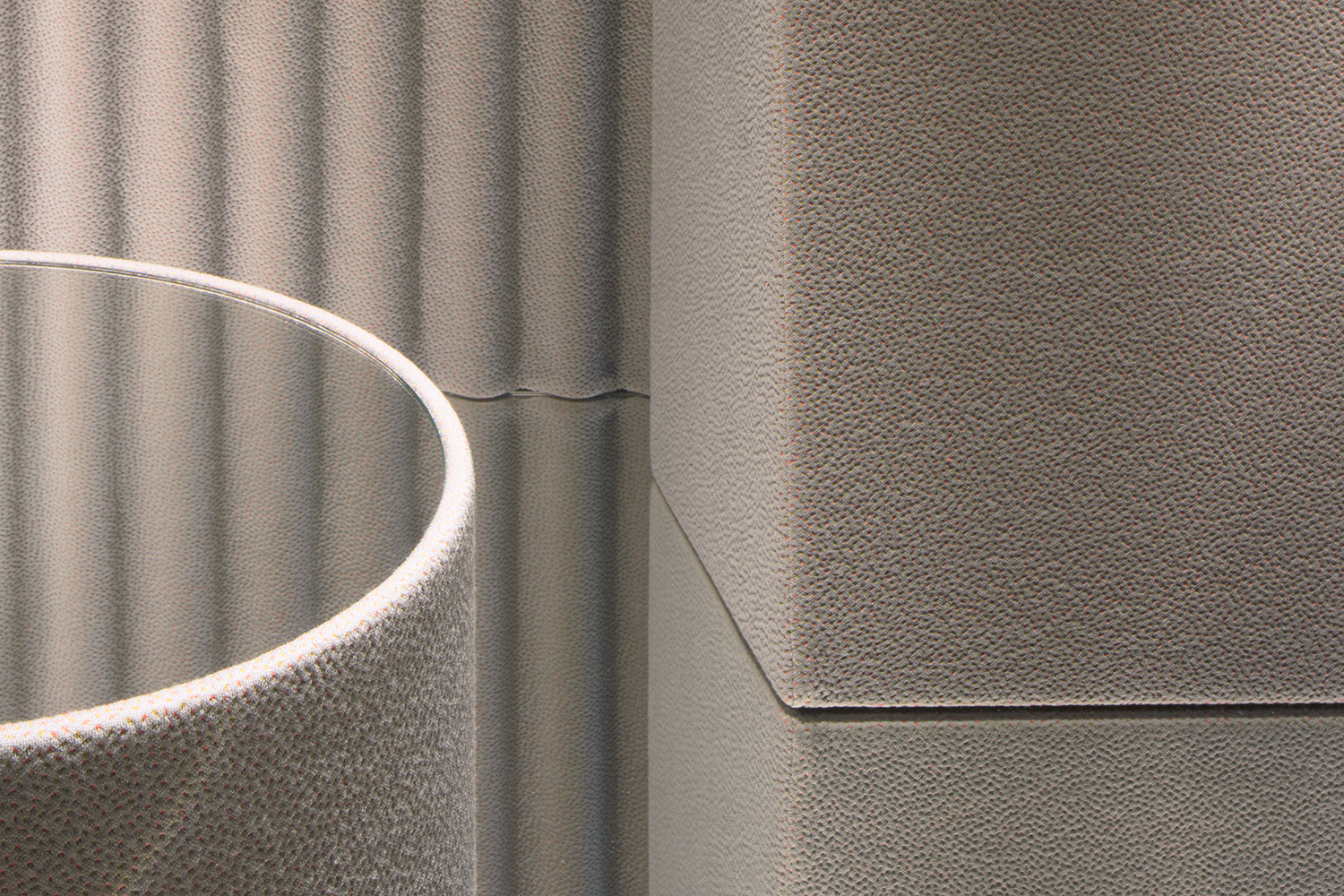 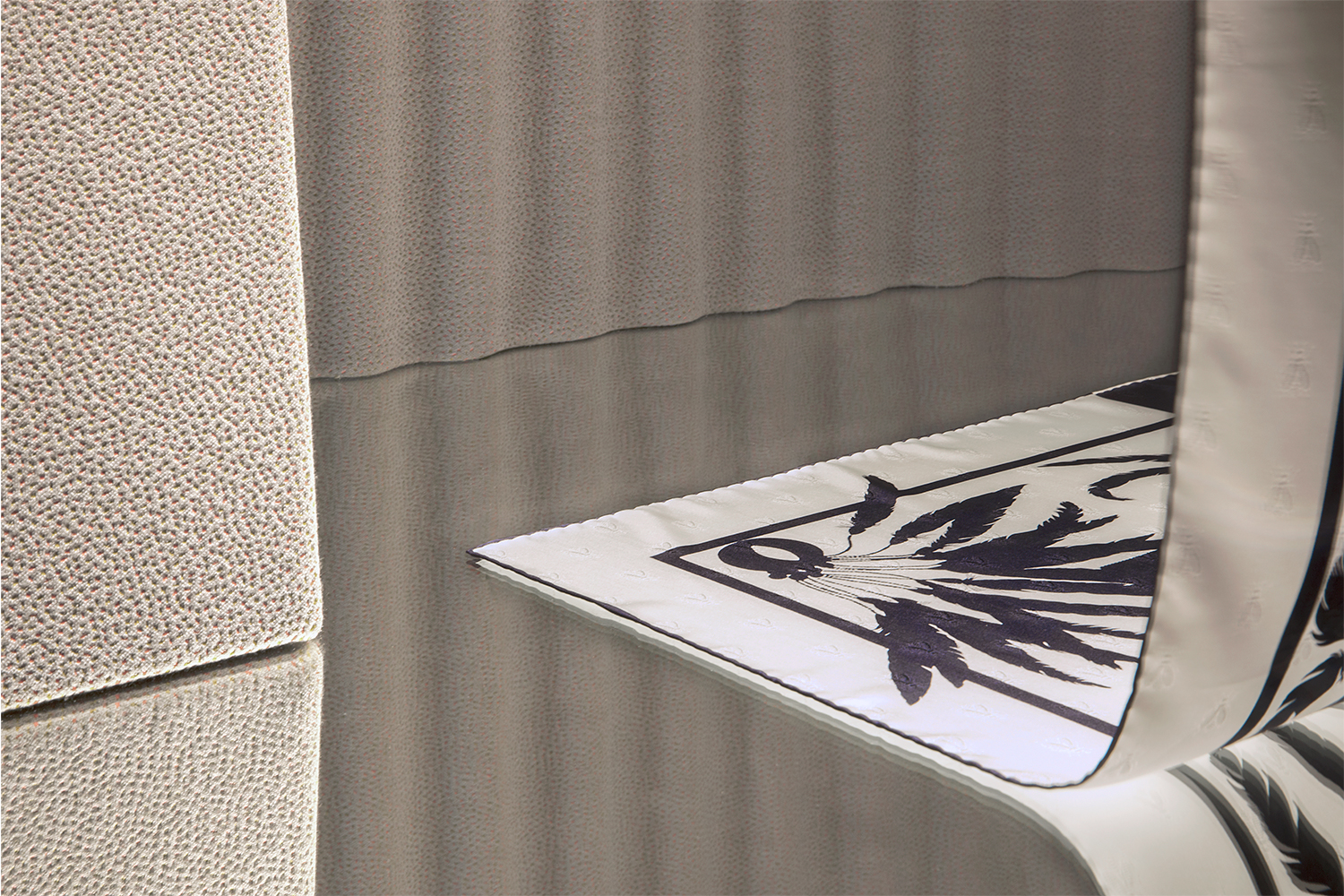 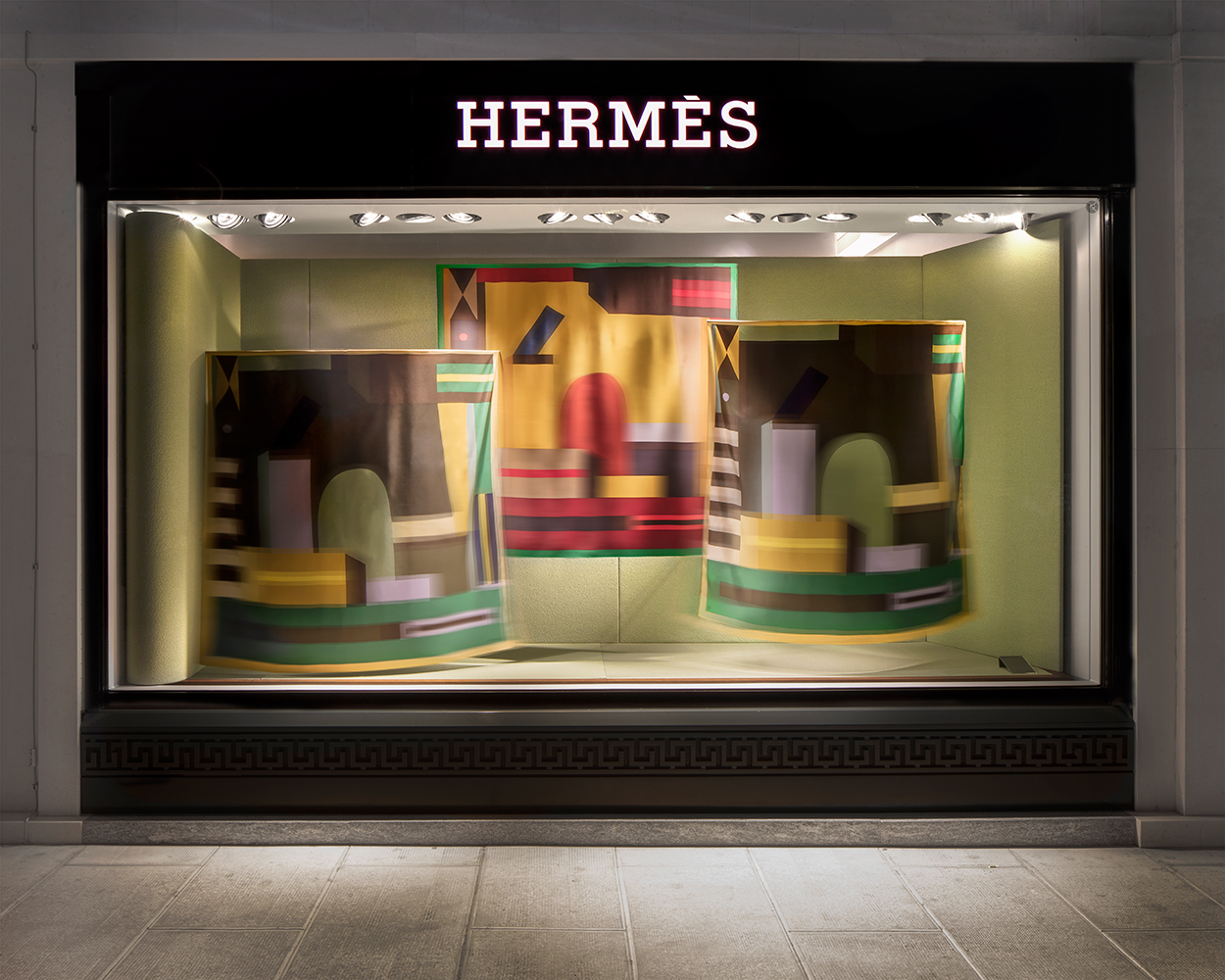 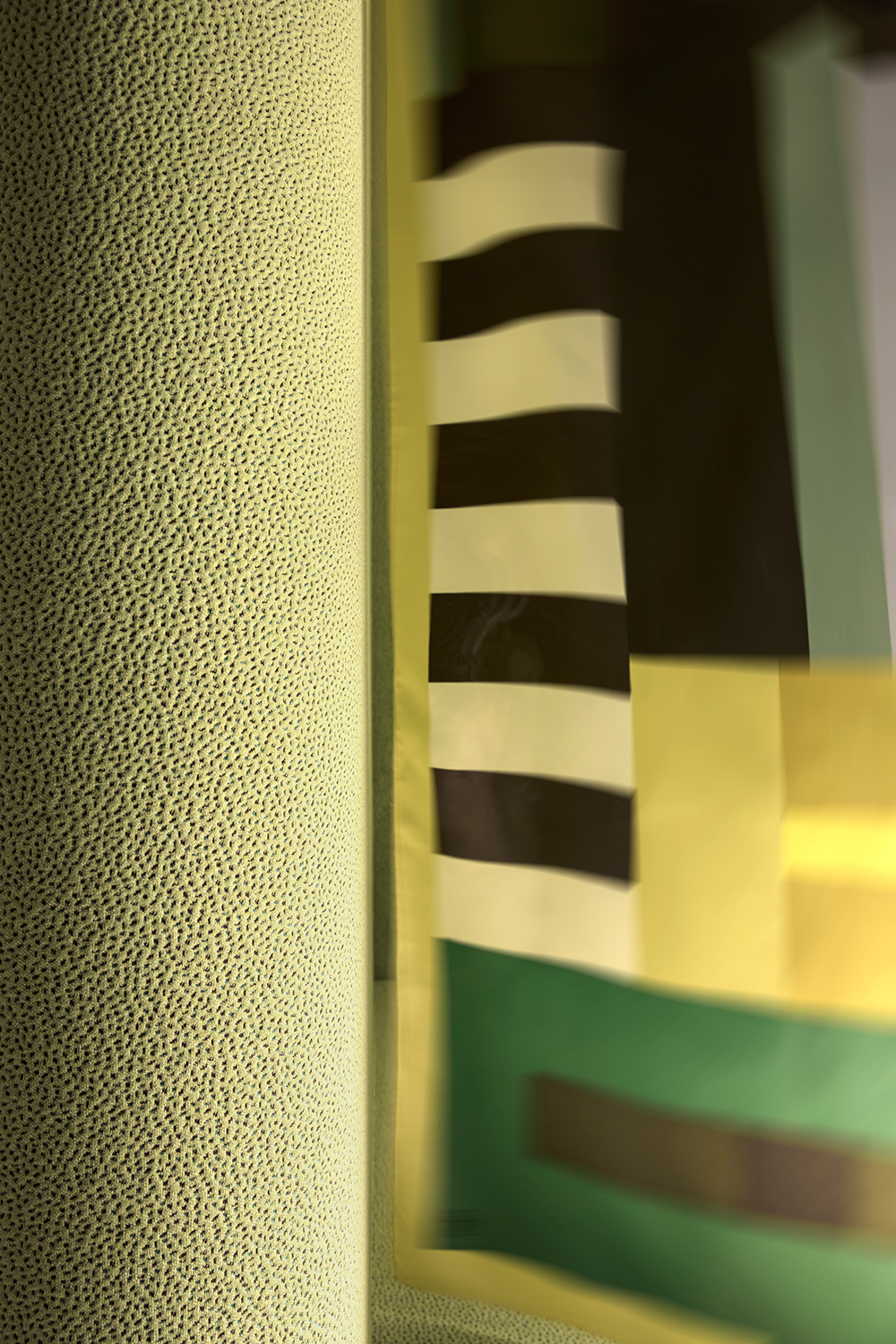 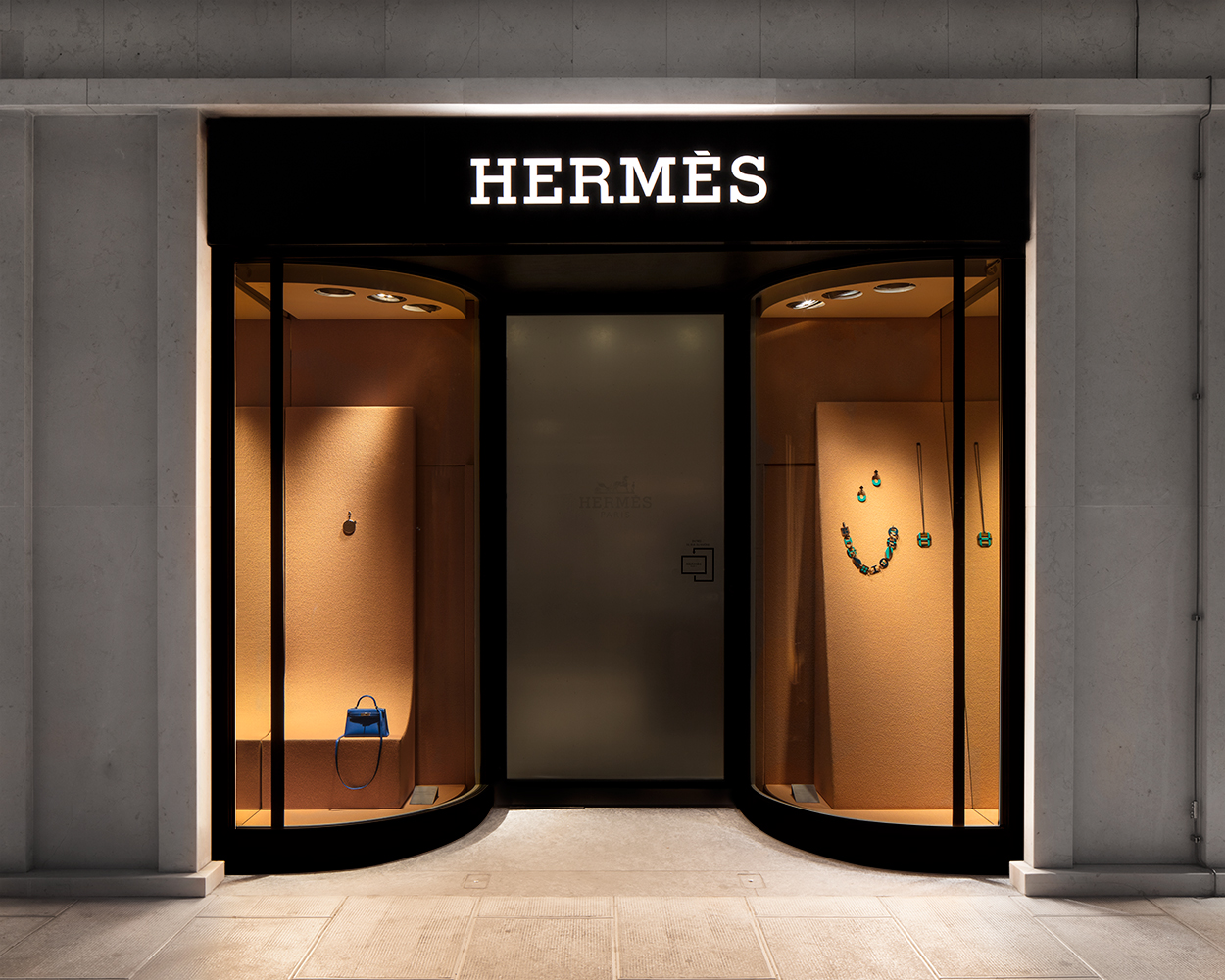 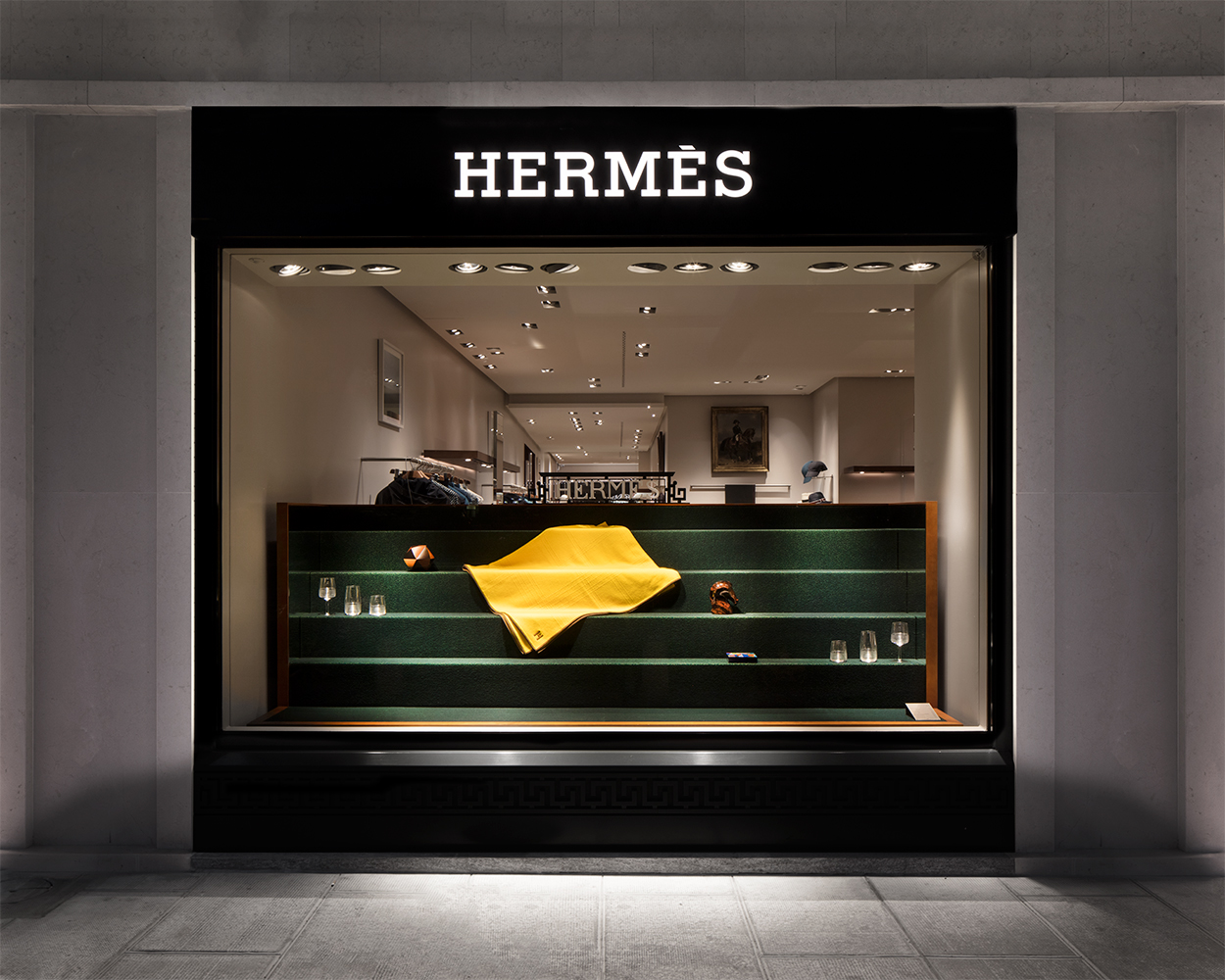 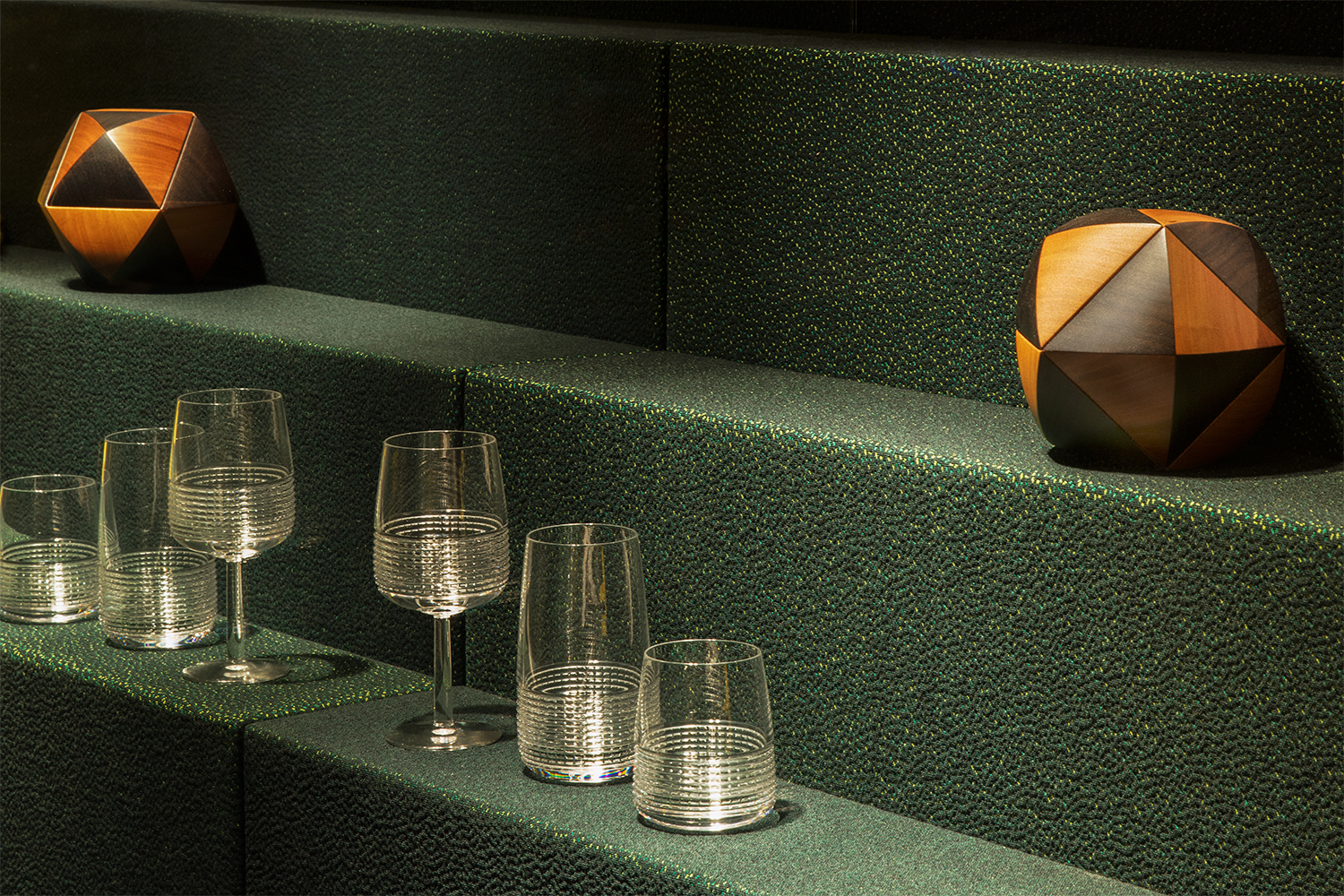 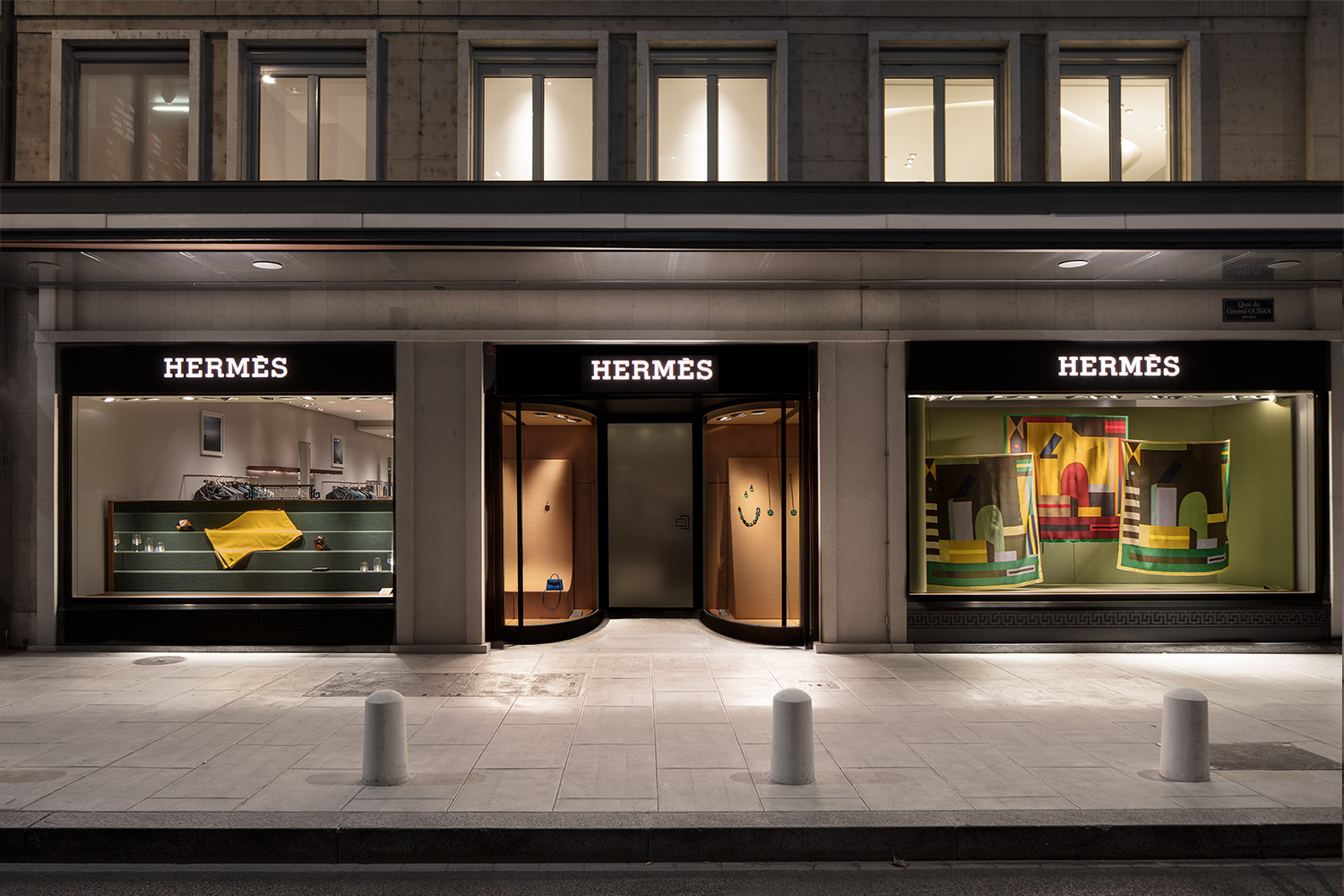 Object’s sense is a theme that invites to the diversity of points of view.

Everything has many senses, nothing makes sense.

It is this surrealist notion that is the red line of the project. Zero Gravity; loss of referenses, visual deformations. It is sense in all senses:

It is the creation of a new world, a real virtuality, a daydream.

The use of space plays on the repetition of the material, of the patterns used in the three dimensions, in order to blur the three normal axes of reality.

The idea is to create a sophisticated neutrality playing with surfaces and volumes, shadows and lights, in which Hermes objects would evolve, like suspended in Space.

The design of the pedestals is based on geometric, sometimes having a direct link with certain Hermes products, especially the newest ones. They are composed of inclined surfaces, cylinders, disks, stairs, parallelepipeds and ramps.

The Reflection is used as a vector of optical effects: symmetry, asymmetry, presence, absence, enlargement, shrinkage, ... Is it the reflection or the object itself? Where is the reality? Where is the boundary between the real world and the dream?

The Movement is present on several levels. The repetition of the motif, of the object presented, suggests a rhythm and therefore an idea of ​​movement. Furthermore it is also produced by controlled electronics.