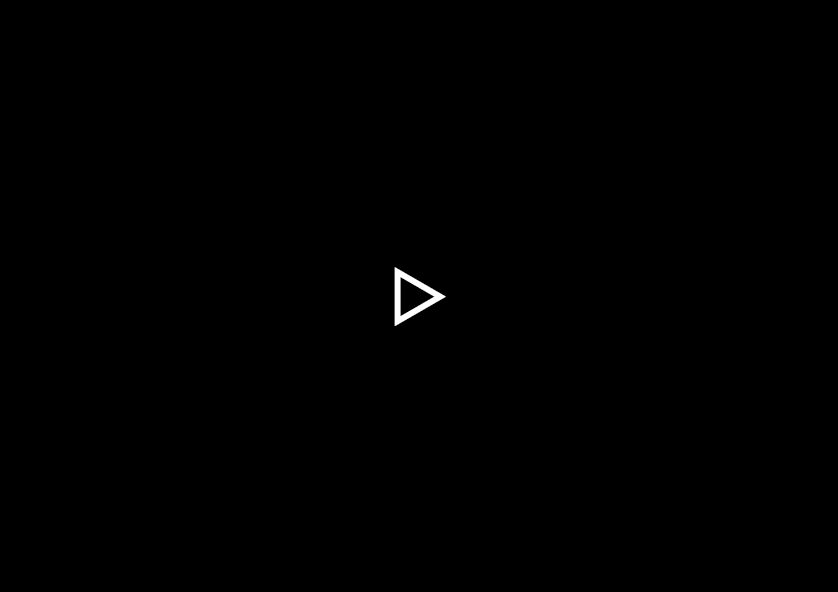 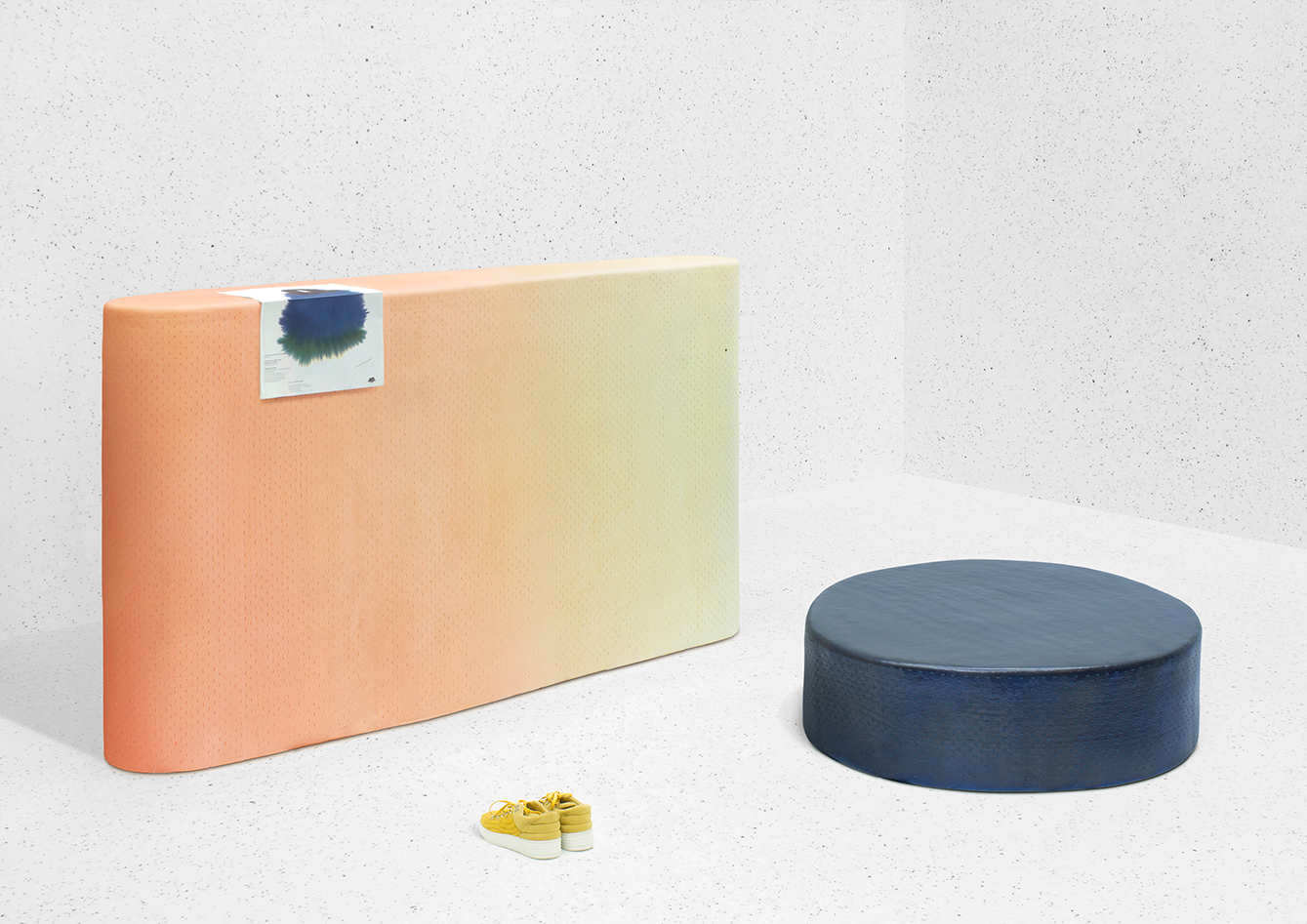 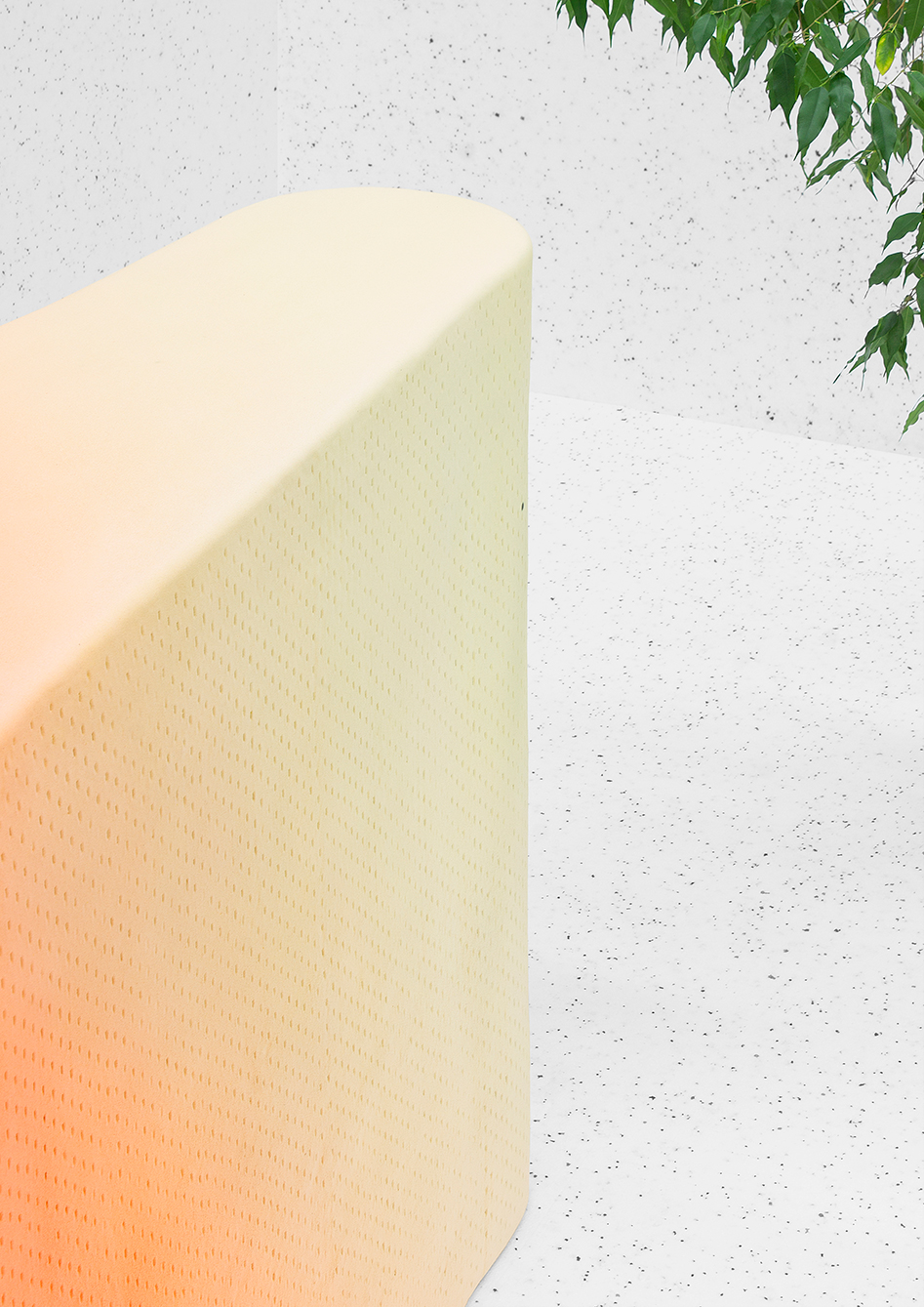 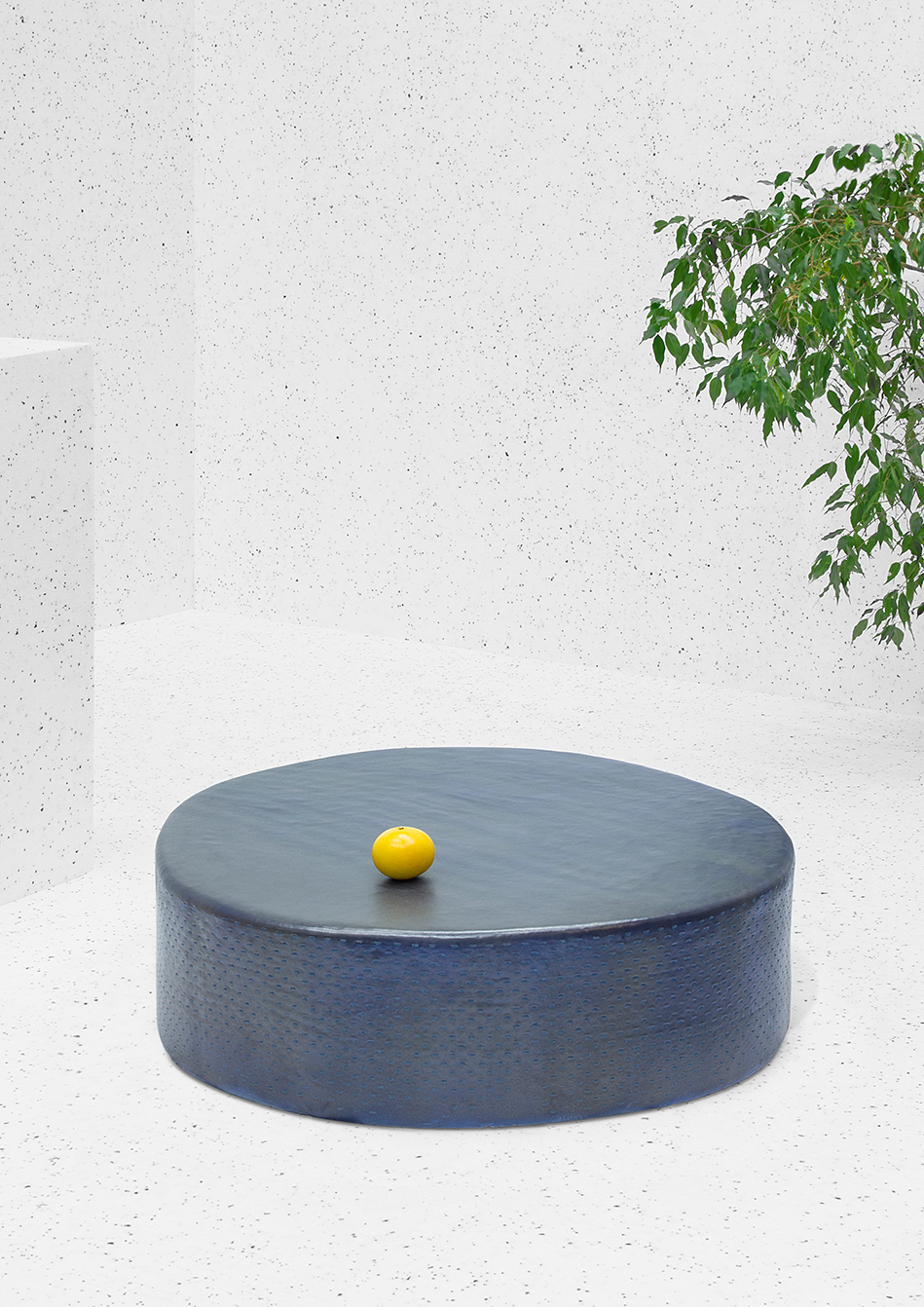 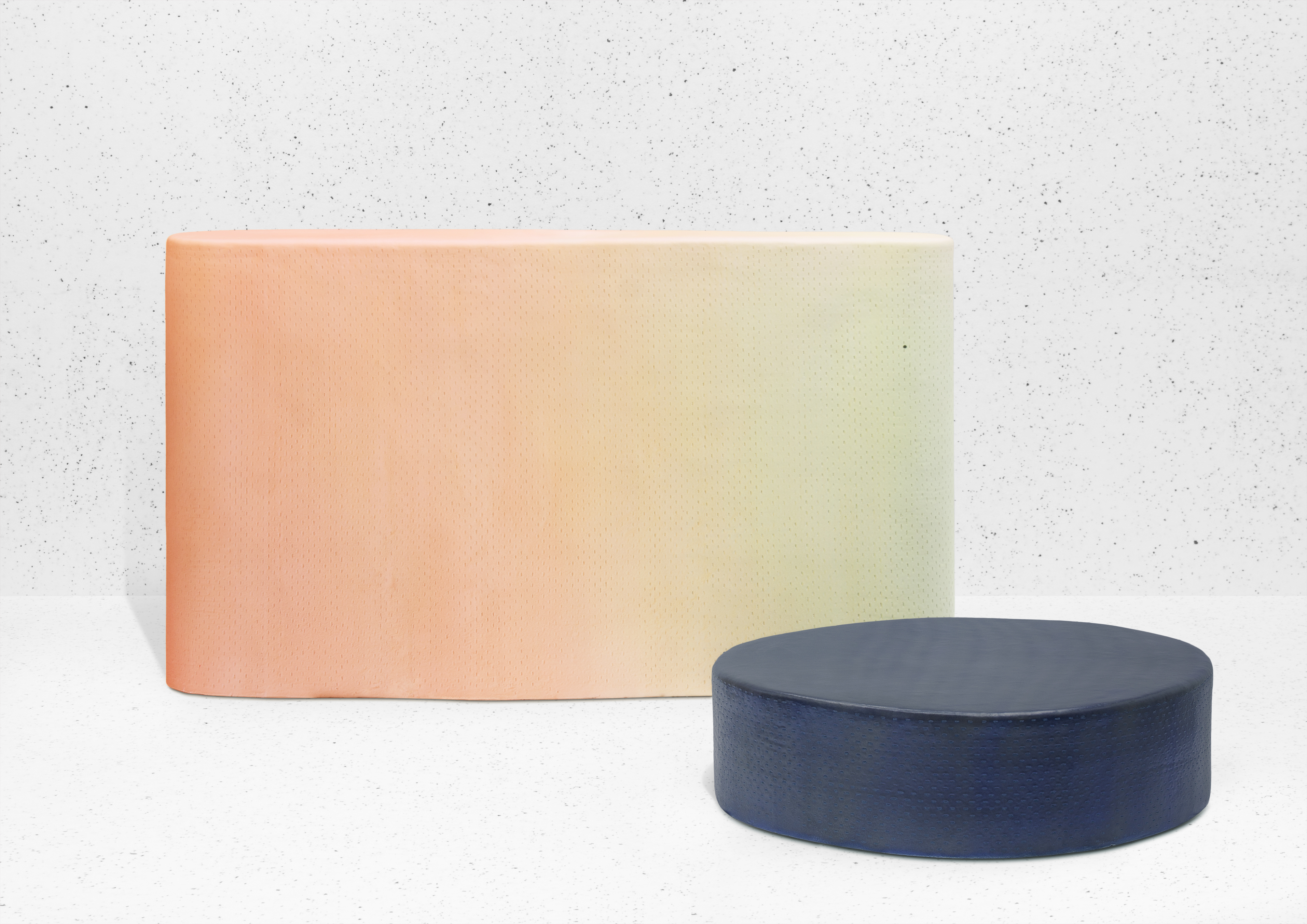 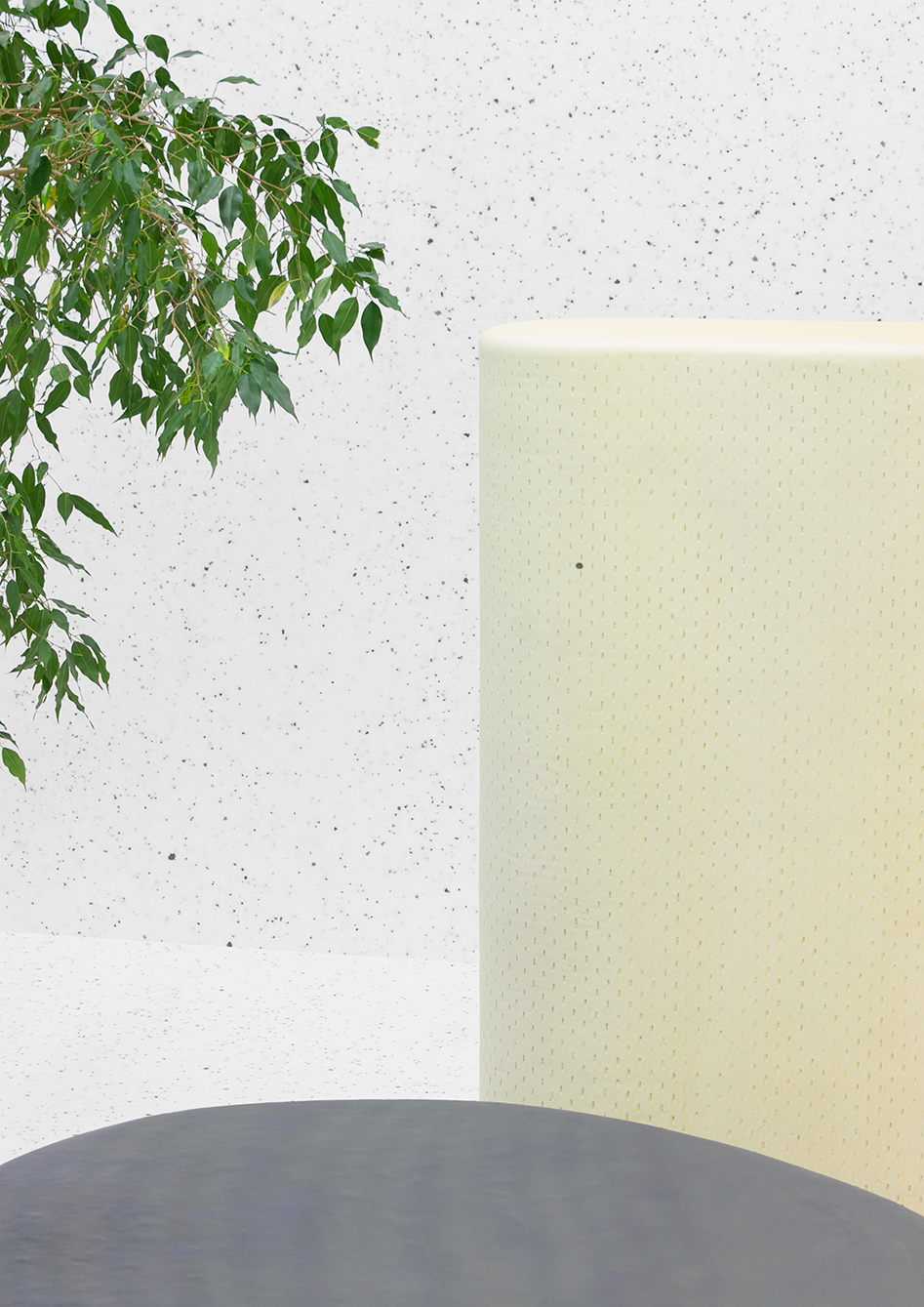 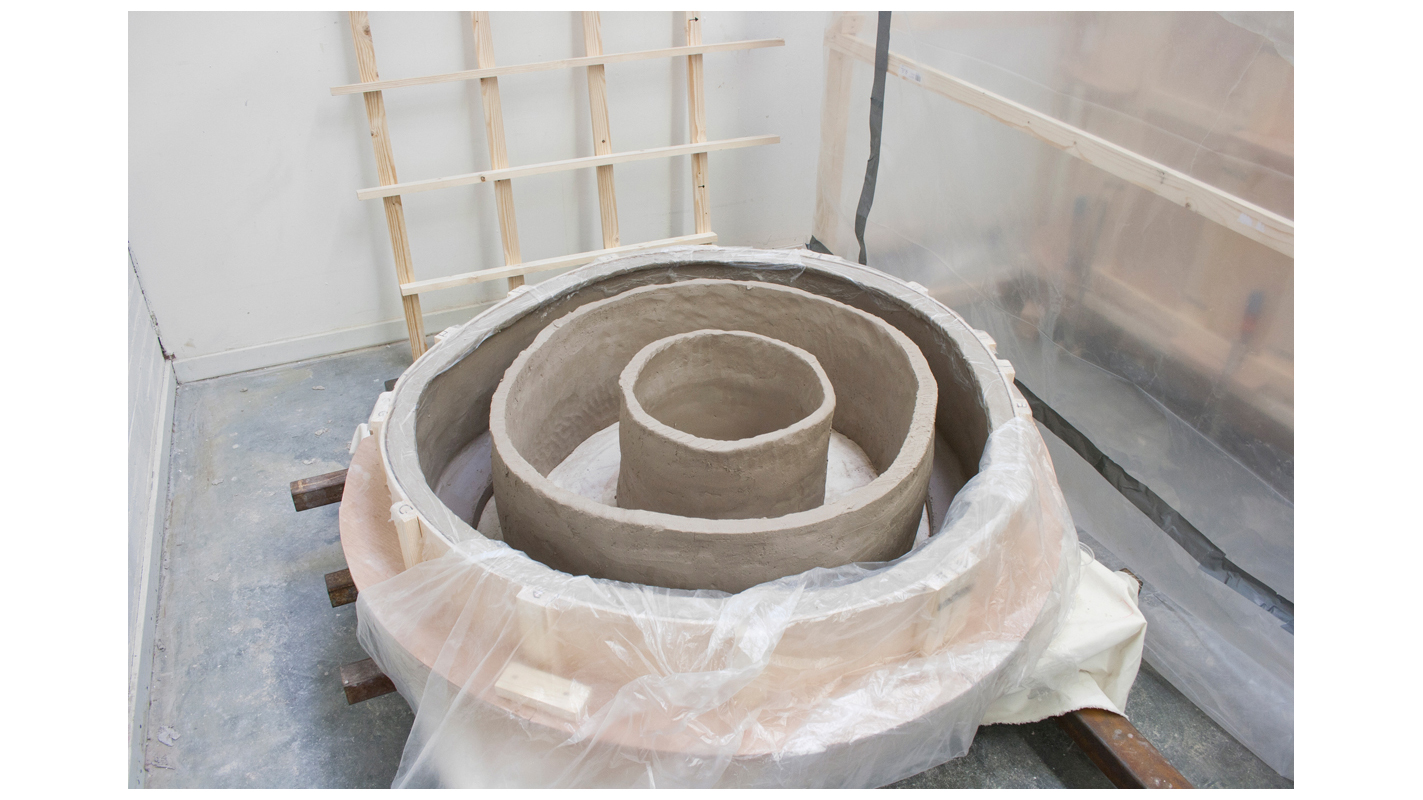 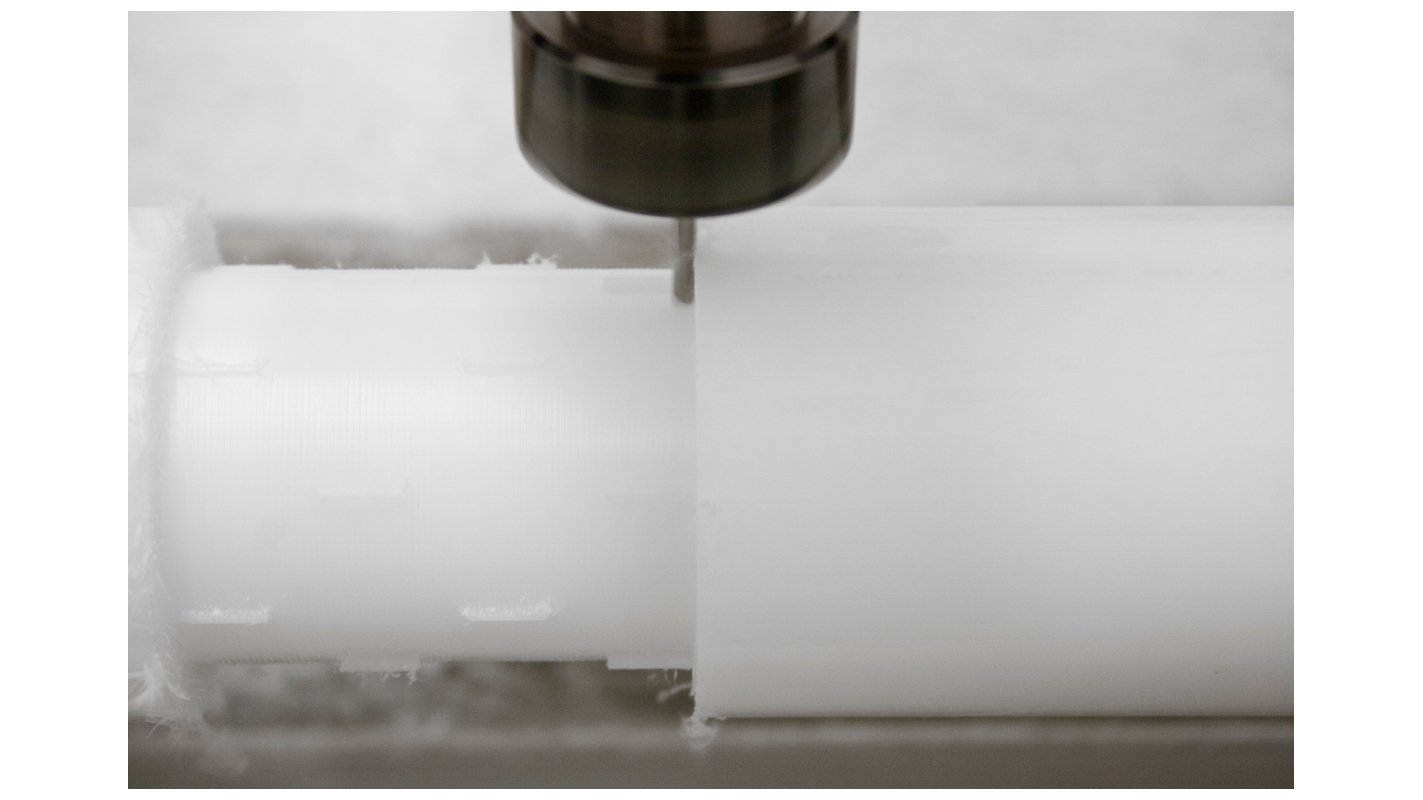 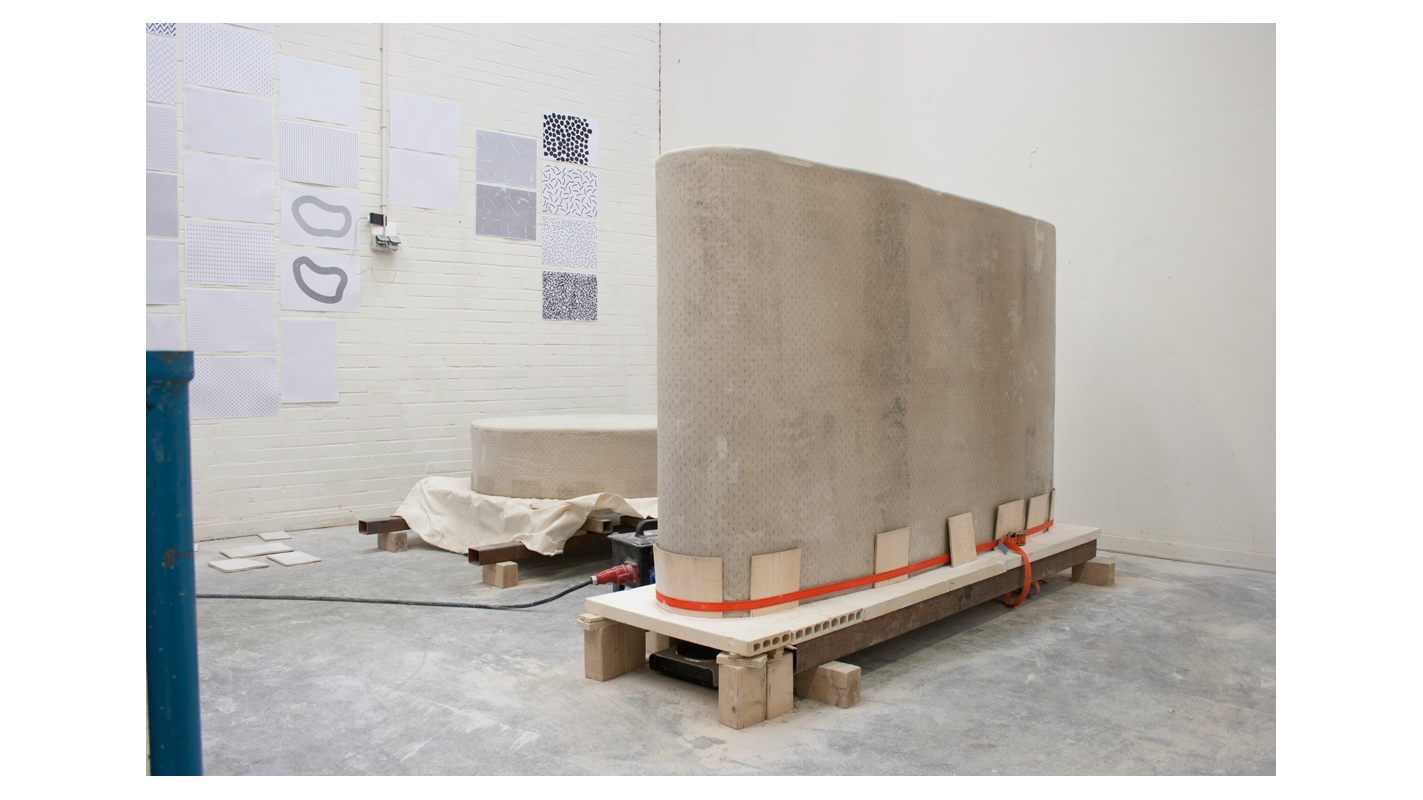 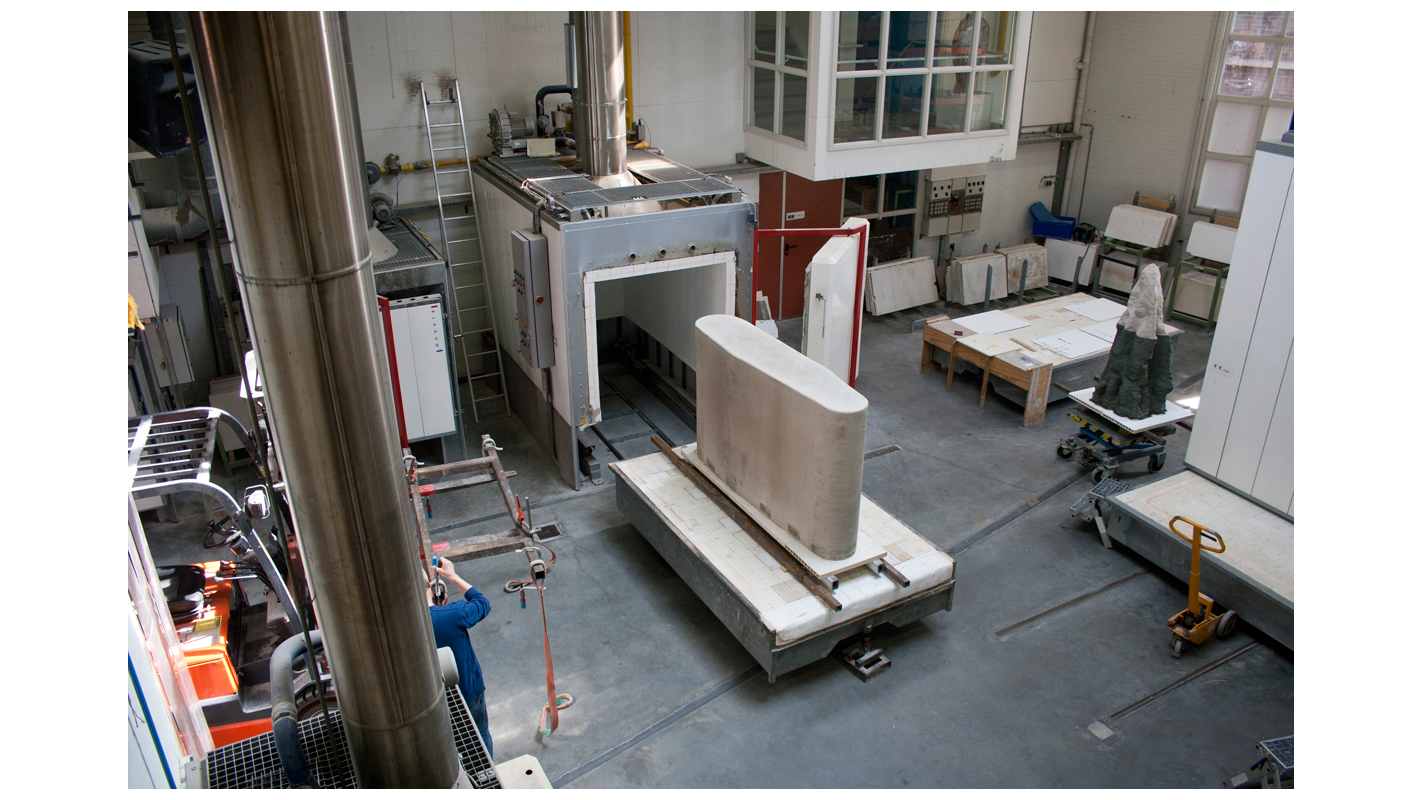 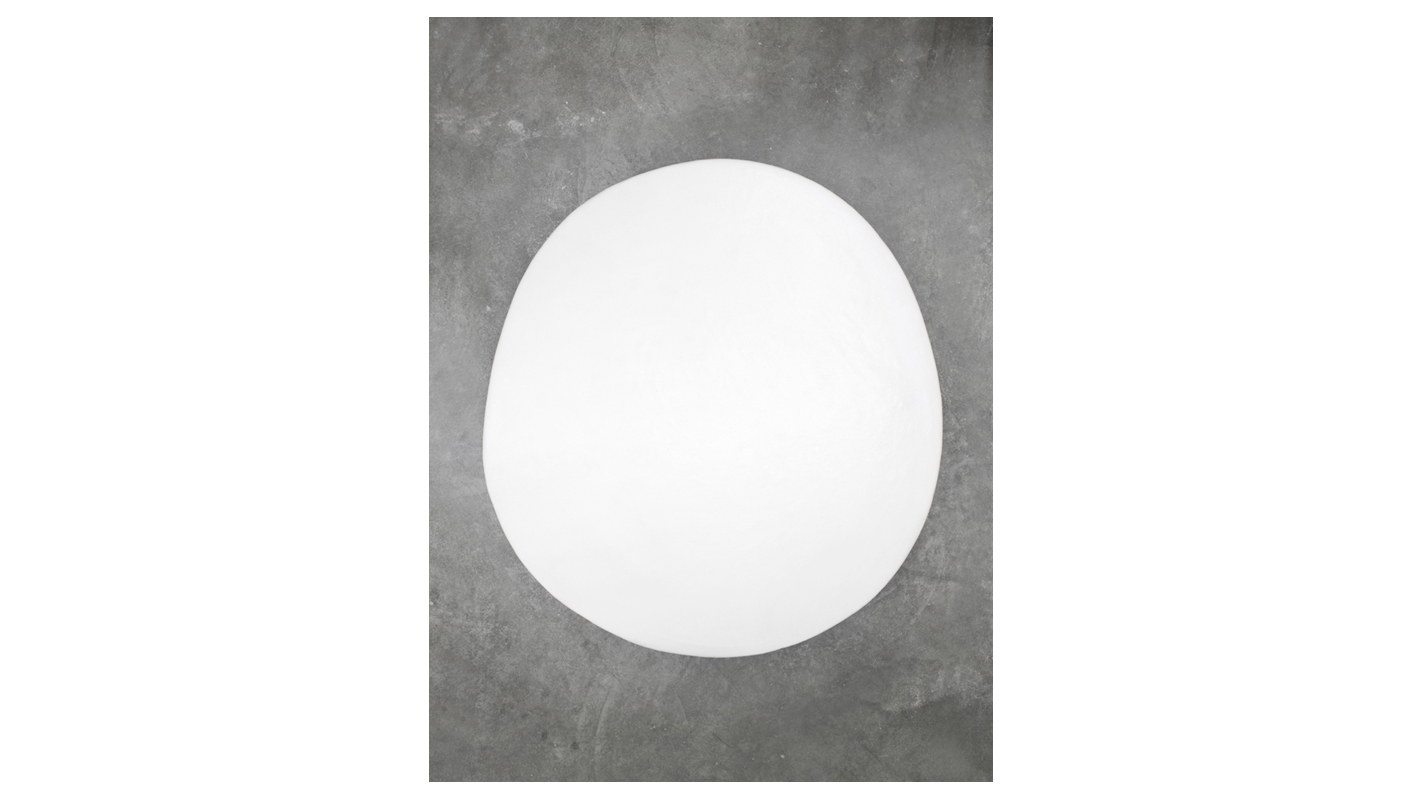 Monoliths Vertical and Horizontal are ceramic architectones.
Starting from the idea of creating big simple volumes, according to the size of some of the biggest ceramic kilns available in Europe, their volumes are based on two common human postures; standing, Monolith Vertical and sitting, Monolith Horizontal.

Besides the minimal functional aspect, these pieces have been created to be a canvas for larger scale ceramic experiments; a technical and physical challenge in different ways.
The development of the project has been made through different little innovations and discoveries.
Thank to a bespoke tool, a repetitive pattern has been applied, vertically or horizontally on their surface before firing.

In different ways, the glazes play with the structure of the pieces. Monolith Vertical has a very dry glaze that has been applied in a cloud, always in the same direction, evolving in an almost neon gradient.
Monolith Horrizontal has a random mixture of two glazes, one blue, the other metallic, giving it an ever changing aspect.

Monoliths is the result of a two period residency I had at EKWC, the European Ceramic Center, in the Netherlands from February to June 2013 for the first time and December 2016 to Januray 2017 for the second.

A film of the process is visible here.